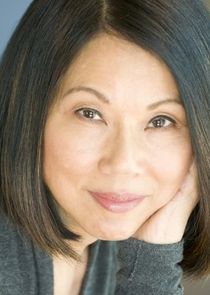 Performed the role of "Mrs. Lovett" in the musical Sweeney Todd, with book by Hugh Wheeler, music and lyrics by Stephen Sondheim, directed by Tim Dang, and musical direction by Lisa Joe. The production was sponsored by the S. Mark Taper Foundation. Previews were February 2 - 5, 2006 and performances were February 8 - March 19, 2006 at the David Henry Hwang Theater of the East West Players in Los Angeles, California, USA.